“America, The Place I’ve Been Dreaming Of”

“America, The Place I’ve Been Dreaming Of” 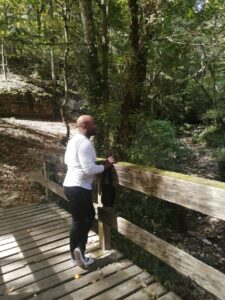 Sibongiseni Mabea began dreaming of gaining animal production training overseas after graduating from high school in South Africa in 2011, “I never gave up the dream.”  Over the years, under the oversight of the Future Farmers Foundation, Sibongiseni has worked at an agricultural training institute, a conservation NGO, and, most recently, on a small broiler farm, where he found a passion for chickens, “I love taking care of those babies, they are so sensitive.”

The common thread in Sibongiseni’s strong letters of recommendation is that this young man is a hard worker.  “I’d rather show what I can do than talk about it,” he says.

Sibongiseni admires the high standards on the Rose Ace Farms operation where he is interning thanks to World Poultry Foundation support.  “We South Africans are running the whole operation now when the manager is off work.  We are getting a great taste of management,” he says with pride.  Sibongiseni also looks forward to exposure to the Rose Acre Farms feedmill so he can learn more about adapting the feed mix to animals’ requirements and take that knowledge home with him.

The young South African has taken a gap year from his studies for a B.Sc. in Agriculture and Business Management.  When he returns home, in addition to hitting the books again, he wants to use his training experience to improve the agricultural skills in his community and help people to become more self-reliant.   Among the ventures he plans is egg production as well as construction of a much-needed seedling nursery for the surrounding growers.  Before departing for the US, Sibongiseni also worked with his father trading goats, which are in high demand for ceremonial purposes.  Since coming to America (and absorbing more entrepreneurial spirit, perhaps?), Sibongiseni has been working on a plan to grow the business by also breeding goats.

Most of all, Sibongiseni wants to pass his hard-earned and broad agricultural knowledge on to others in his community.

“My dream was to train overseas.  I never gave up!” 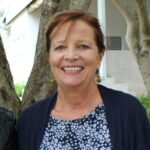