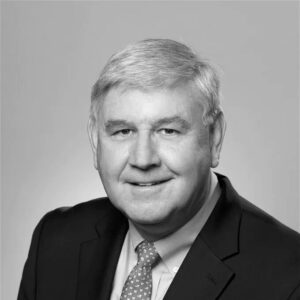 The board of directors of the World Poultry Foundation, a global organization devoted to combating world hunger through the rural production of poultry in emerging countries, has elected Elton Maddox as chairman. He succeeds Eric Joiner who recently announced that he is retiring after 10 years in the position.

A veteran of the U.S. poultry industry, Maddox began working for what is now Wayne Farms in 1974 and eventually rose to become the company’s chairman of the board. He retired in 2019.

When Maddox was first appointed to the WPF board, Ennis commented, “We are honored to have someone with Elton’s passion for the industry and experience of working in developing countries. His poultry knowledge and philanthropic heart will be an asset to our organization.”

Joiner, co-founder and vice-chairman of the AJC Group, also served as past chairman and founding director of the USA Poultry & Egg Export Council (USAPEEC), and as a member of the board of the National Chicken Council.

“It has been my honor to serve as chairman of the World Poultry Foundation for the past decade,” Joiner said. “I look back with pride and fond memories of the Elinar project and transiting the organization from a Russian broiler operation. Elinar was a tremendous success and contributed significantly to Russia keeping the doors open for U.S. leg quarters. When we sold that operation, it gave us a substantial amount of money to build a charitable organization that would combat world hunger through the rural production of poultry in emerging countries.”

The WPF also announced two new directors on the board: Michalene Donegan of Rabobank, and Mark Ham of Bagwell Family Enterprises, who was also elected treasurer.

Donegan is currently a managing director for Rabobank Wholesale North America where she oversees poultry, egg, and turkey wholesale accounts in the U.S. as well as general agribusiness accounts on the East Coast.  She is one of eight relationship managers in the Rabobank Atlanta office. Prior to joining Rabobank, she worked for First Union in Atlanta and National Westminster Bank in New York.

Ham became CEO at Bagwell Family Office in 2018. He previously was CEO of American Proteins and executive vice president and chief financial officer at Cagle’s where he began his career as an accountant. He is a life member of the Georgia Poultry Foundation which he served as chairman in 2011.

The WPF board also elected Mike Welch to continue as vice-chairman and Jim Wayt to continue as secretary, in addition to Ham as treasurer. Jim Sumner serves as WPF president by virtue of his position as president of USAPEEC, WPF’s founding organization.

The WPF has forged an ambitious and successful record over the years, completing numerous educational projects in Africa, Cuba, and Asia. Its efforts are highlighted by a grant from the Bill and Melinda Gates Foundation to create the African Poultry Multiplication Initiative in Nigeria and Tanzania, an extremely successful project that the WPF hopes to replicate in other countries.